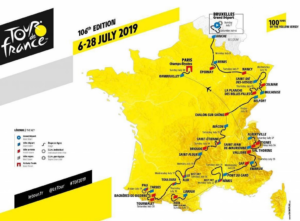 Known globally as the most prestigious and difficult bike race in existence, the Tour de France was started in 1903 and just finished its 108th edition last week, celebrating the 100th year of the yellow jersey. The Tour mostly traverses France, but also sometimes visits Italy, Spain, Belgium or Germany. It runs for 3 weeks in July, covering around 3,600 km (2,235 miles) over the course of 20 stages. Nowadays it’s the premier annual sporting event in the country with deep cultural ties, attracting large crowds to watch from the roadside.

There’s 22 teams of 8 cyclists competing each day for the lowest overall time, a cumulative figure of all the stages added together. This year just eight teams won stages over the course of the 3 weeks of racing, a common complaint each year that the bigger teams tend to leave something to be desired in the way of true competition but this year had its pleasant surprises.

An Historic Win for Colombia

The youngest rider in history, just 22 years old, claimed the yellow jersey for the country of Colombia this year, for the first time in the Tour’s history. Egan Bernal was left speechless, himself shocked at winning the much sought after yellow jersey. Watching him celebrate the first victory for a Latin American country in the tour’s more than 100 years of history with his family and friends, along with fellow fans, was a moving experience. 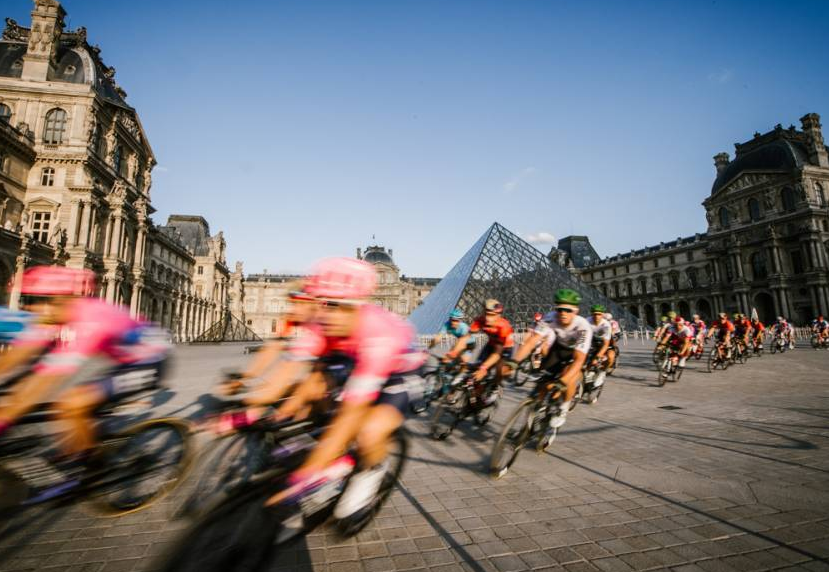 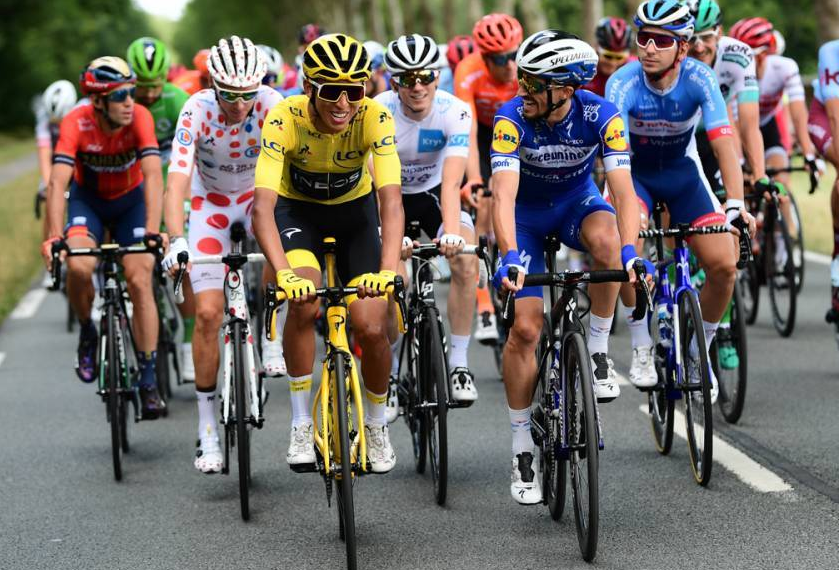 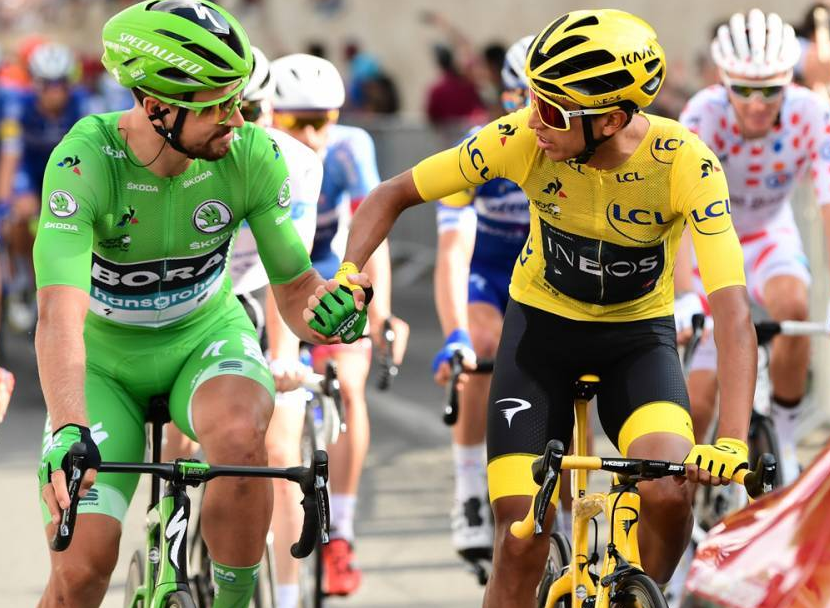 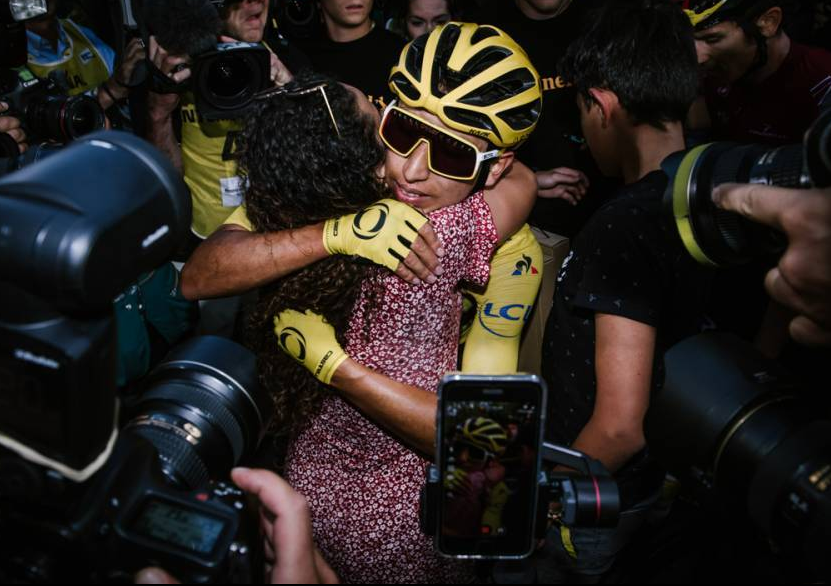 Of course French fans were a bit disappointed, as Julian Alaphilippe, one of the favorites over the course of those three weeks in July, full of talent and energy, failed to deliver the win. As many of the spectators along the side of the route are French, of course when French riders do well it animates the fans and makes for a fun atmosphere.

An Unforgettable Turn of Events

Critics have argued that this year’s Tour was mediocre because of the abandonment of Thibaut Pinot, a great climber, and the shortening of the two final stages (19 and 20), which held great potential for some interesting racing. The most memorable event, one to be remembered for years to come, has to be from stage 19, towards Tignes, when a mudslide cancelled the race – get this – mid race, with no forewarning. Hail, rain and snow created an impassable region in the path of the riders.

In stage 19, Bernal effortlessly climbed the Col l’Iseran, practically leaving his competitors in the dust. This happened just after Pinot scratched, in tears at the anguish of having to quit so close to the finish, and after working so hard to get to where he was. Learning of the muscular lesion and sharp pains in his thigh which caused him to quit, fellow cyclists wince at the thought. Sometimes the body just says, “Stop.” And you have to stop. The hope French fans had of winning for the first time in three decades scratched that day too, getting into the team car with Pinot and driving away. C’est la vie!

These unexpected weather events happen, in fact during stage 10 (between Saint-Flour and Albi), what was meant to be a rather dull ride with little action, massive crosswinds broke apart the peloton, resulting in big wins for some and big losses for others.

It’s Not All About the Yellow

Peter Sagan kept a firm hold on the green jersey this year, awarded for various points accrued throughout the race and introduced in 1953. This jersey generally goes to those who do well in finishing stages and also excel at intermediate sprints, which Sagan clearly dominates. As for the polka dot jersey, although the idea of it was introduced in 1933, the jersey itself didn’t appear until 1975! The polka dot jersey rewards climbers or Kings of the Mountain. This year there were three contenders, Greg Van Avermaet, Tim Wellins and Romain Bardet, with Bardet winning overall.

We’d be lying if we said we didn’t notice that no women ride in the Tour, but it’s true there is a lady’s cycling event called La Course by Le Tour de France. Instead of 20 stages there’s only 1, but we’ll take it. Can’t help but agree with this recap from El Espectador, a Colombian news site… Congratulations to Marianne Vos and Egan Bernal, true heroes of the sport!

Twenty years ago our owner, Kaspar Winteler, saw a need in Madrid for a new way to show people the city, the cycling scene was just beginning to grow then and the city needed more bikes. Here we stand 20 years later, still proving to locals and tourists our passion for cycling and travel. Be it a 2 or 3 hour City Tour of Madrid, perhaps a whole day spent exploring Toledo or Segovia, or maybe even a week or more practicing cycle tourism on the Camino de Santiago or somewhere else in the world.

We at Bravo Bike are dedicated to being a part of the progression of urban transport in support of cycling, and to ensuring our clients have a great time in the saddle, whether it’s for a few hours or several days. And we’ve got a ton of experience. Do you even remember the end of the 1990s? Some of the hit songs we were listening to included I Want It That Way (the Backstreet Boys) and That Don’t Impress Me Much (Shania Twain). Musical tastes aside, from the day we opened the doors of Bravo Bike, Kaspar and the rest of the team have been devoted to taking care of everyone who comes to visit the shop. Don’t take our word for it, check us out on Trip Advisor or Google and see what other people have to say.

So how do we keep things magical after 20 years? We look to inspiration in texts like this:

Cycling is possibly the greatest and most pleasurable form of transport
ever invented. It’s like walking only with one-tenth of the effort. Ride
through a city and you can understand its geography in a way that no
motorist, contained by one-way signs and traffic jams, will ever be able
to. You can whiz from one side to the other in minutes. You can
overtake £250,000 sports cars that are going nowhere fast. You can park
pretty much anywhere. It truly is one of the greatest feelings of
freedom one can have in a metropolitan environment. It’s amazing you can
feel this free in a modern city.

Well this year we’re focusing on diving deeper into cycle vacations but don’t worry, our heart will always belong to Madrid. In an effort to liven things up a bit (we’re celebrating!) we’re going to change a few things, stay tuned for electric bikes and tapas (because what could be a better evening plan than savoring the Spanish cuisine, working up a good appetite first?), coming soon!

En fin, what we’re trying to say is, if you haven’t come by to visit us yet, what are you waiting for? Our tours and rentals aren’t just for tourists, they’re for anybody who wants to learn some fascinating history and culture about our beloved city, Madrid, its surrounding areas and beyond. We offer tours in Spanish, English, French and German (for starters).

Cheers to Ciclosfera for their recent post about Sprocket Man, a bicycling superhero introduced in the United States in the 1970s! Have a great weekend, and come cycle with us soon. 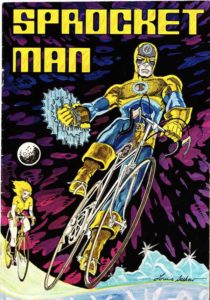 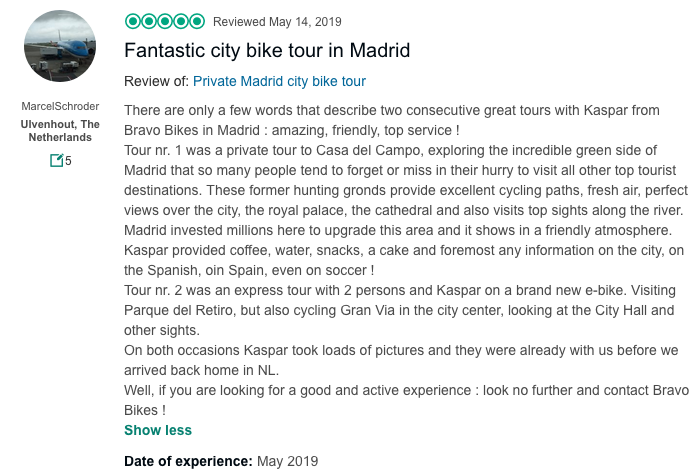 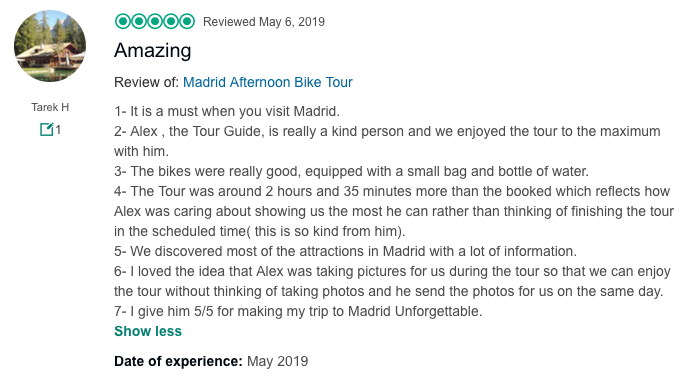